Going back to Tetbury

Tetbury in Gloucestershire is a small town, or large village, and HRH Prince Charles lives in Highgrove a couple of miles away on the Bath road. I mention that for those of you who may not have heard of Tetbury. It kind of puts it on the map!
I lived there until I was 17. In 2012, when I wrote about my memories of the 1950s and 1960s Coming Full Circle I was astounded by the response, especially from people who remembered me and my family. Take a look and you’ll see what I mean! To have so many comments is quite a rare, heart-warming thing.
I have a deep fondness for Tetbury, as you will see from this nostalgic trip I took a few weeks ago, and it greatly influenced the setting for my novels. Appley Green lies on the border of Surrey and Hampshire, but its sense of community was very much derived from my early years. Tetbury is both very different and the same from how it was when I was a child and I decided to go back on my own to revisit some of those memories - for real!  My parents passed away in the 1990s, so it's a while since I’ve wandered Tetbury streets simply to absorb both changes and familiar sights.


This may have no relevance to you if you’ve never heard of the place, let alone been there. I understand that, but if you read on you may be tempted to stop there on your way to Devon or Cornwall for example, or take it in when you ‘do the Cotswolds’.


Unsurprisingly, the shops have all changed since I was a child. So here we are inside a relative newcomer, Highgrove Shop  in Long Street. 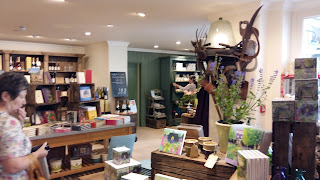 I took a sneaky photo of Chavenage House mentioned in my 2012 post, familiar to you perhaps as Trenwith in TV’s Poldark. 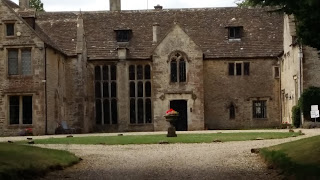 Imagine Aidan Turner galloping all the way from those Cornish clifftops to Tetbury. Must have been a nightmare for the continuity team!


This photo will mean a lot to people who remember as I do, but I am sorry it may be of no interest to others.  This is the back of The Ferns, what was Sir William Romney’s School, also mentioned  in my 2012 post. 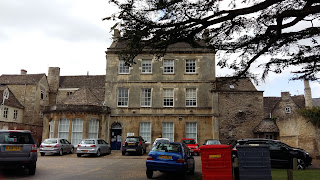 The huge Cedar tree is still there – iconic and steadfast – but the beautiful grounds with their lawn tennis courts and herbaceous borders are pretty much built over now. Here’s a couple of old photos taken on my first ever camera, a Brownie, snatching glimpses of it as it was: I was a bit of a daydreamer on the tennis court. 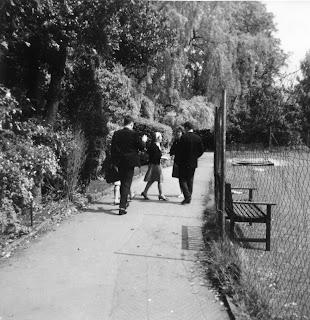 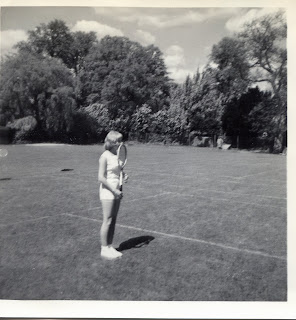 This alleyway is Eccles Court. 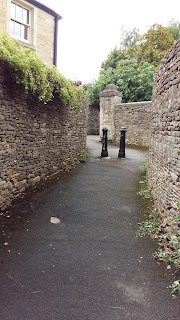 You may well say, 'So what?' A tad self-indulgent, and obscure for you, but it means a lot to me as I walked along this four times a day to and from Courtfield School situated near The Chipping. I remember swinging round those metal posts so well, and in a wall was a triangle of three holes where you could insert thumb and two fingers and make a wish! Now, covered by an interesting plaque! 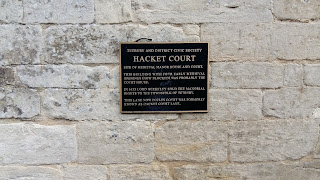 This used to be the girls’ playground at Courtfield School and house where a progressive teacher lived. 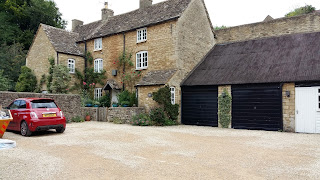 She let us call her ‘Sylvia’ – yes, in the 1950s - and did some kind of strange chanting with her pupils. A friend and I spent a Saturday morning cleaning her windows, something I’d never done before. Our parents knew nothing of this and neither, I suspect, did our headmistress, Miss Rymer!
This is the side rear view of the school, set in a lovely, rather wild garden where children must not stray from  the paths ... 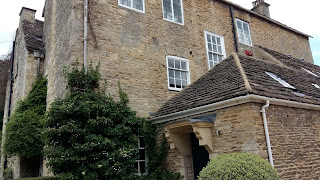 ... and surrounded by a high Cotswold stone wall, and as you can see here those grounds are totally hidden behind big trees (not so big 60 years ago). 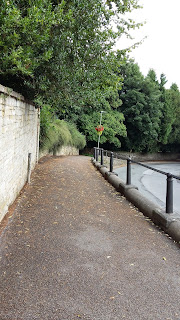 Opposite the school are the quite famous Chipping Steps ... 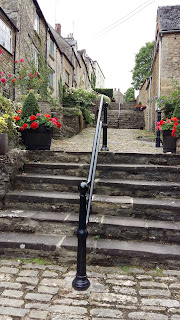 ... and another photo in an area that was the cattle market, at the base of steep Gumstool Hill.  A pen has been preserved to its memory. 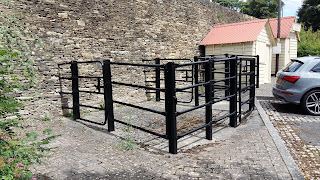 Looking down from Gumstool Hill where the old woolsack races took place. Still do! 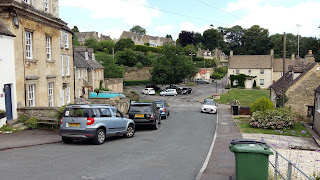 From the opposite side, this one also looks down and is the exact spot where the photo for Vogue magazine was taken in 1942 and later reproduced in The Telegraph 1995. 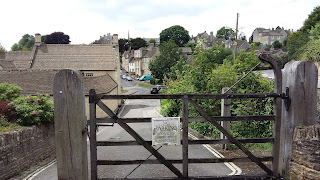 The maternity home on Gumstool Hill where I was born! The story goes that my almost 10 year-old sister was not allowed in and our Dad threw some pocket-money to her out of the window as compensation! Hopefully the coins did not roll down the hill! 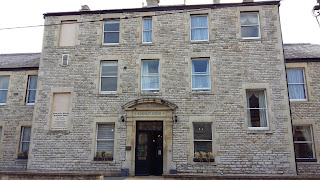 This is the shop behind the old Town Hall that I imagined as the Wool and Baby shop (not actually selling babies!) in Secrets in Appley Green, my fourth novel, set in the Sixties. 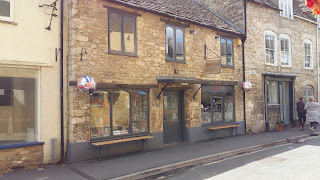 Another one for Tetbury  aficionados, many of you belonging to the amazing  Old Tetbury Facebook page.  Not just any old woods, but Bluebell Woods and the path that leads mysteriously to Hermit’s Cave where, as 1950s free-range children, we once played. 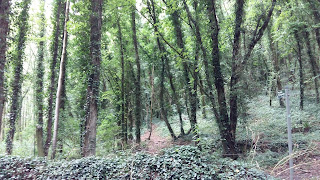 A bit dark, but I vividly remember this field in Chavenage Lane being alive at dusk with scampering rabbits and full of cowslips, before myxomatosis and the decline of indigenous flowers. 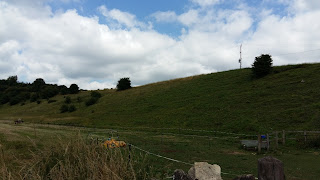 The house where I lived until I left home. The rockery was built by my father when they first moved there and had many rare alpine plants – it was his pride and joy. No ball games allowed! 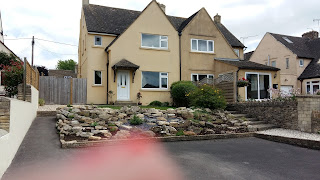 I had thought this was demolished so was delighted to see it now uncovered and intact, though a little devoid of plants! 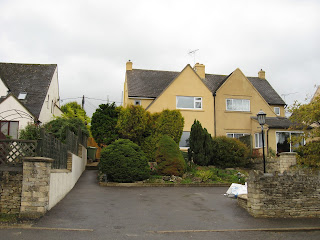 An earlier photo taken in 2010 shows the ‘dwarf’ conifers planted by my father. You see why I thought the rockery had disappeared!

I recall the neighbours in their gardens along this road of eight houses, all clapping and cheering me (oh yes they did!) one sunny afternoon as I managed to ride my first bike without falling off, (until I was out of their sight!). Perhaps this memory is slightly rose-tinted!

Photo of me as a teenager and rockery! 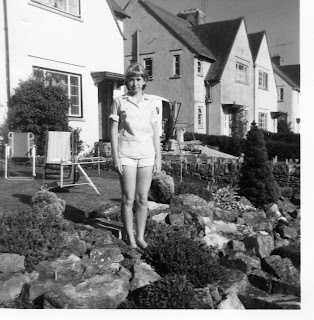 and as a baby with my sister - the same, now famous, rockery behind us. 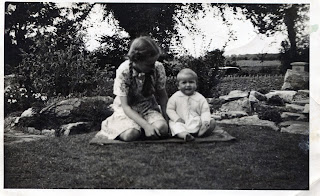 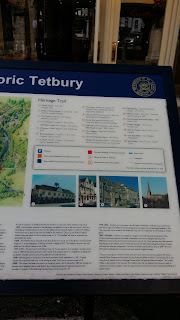 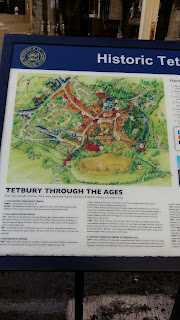 For anyone tempted to take a look at my old home town, it is a place of great history, beautiful to explore, under bridges, over bridges, through alleys and up steep steps! 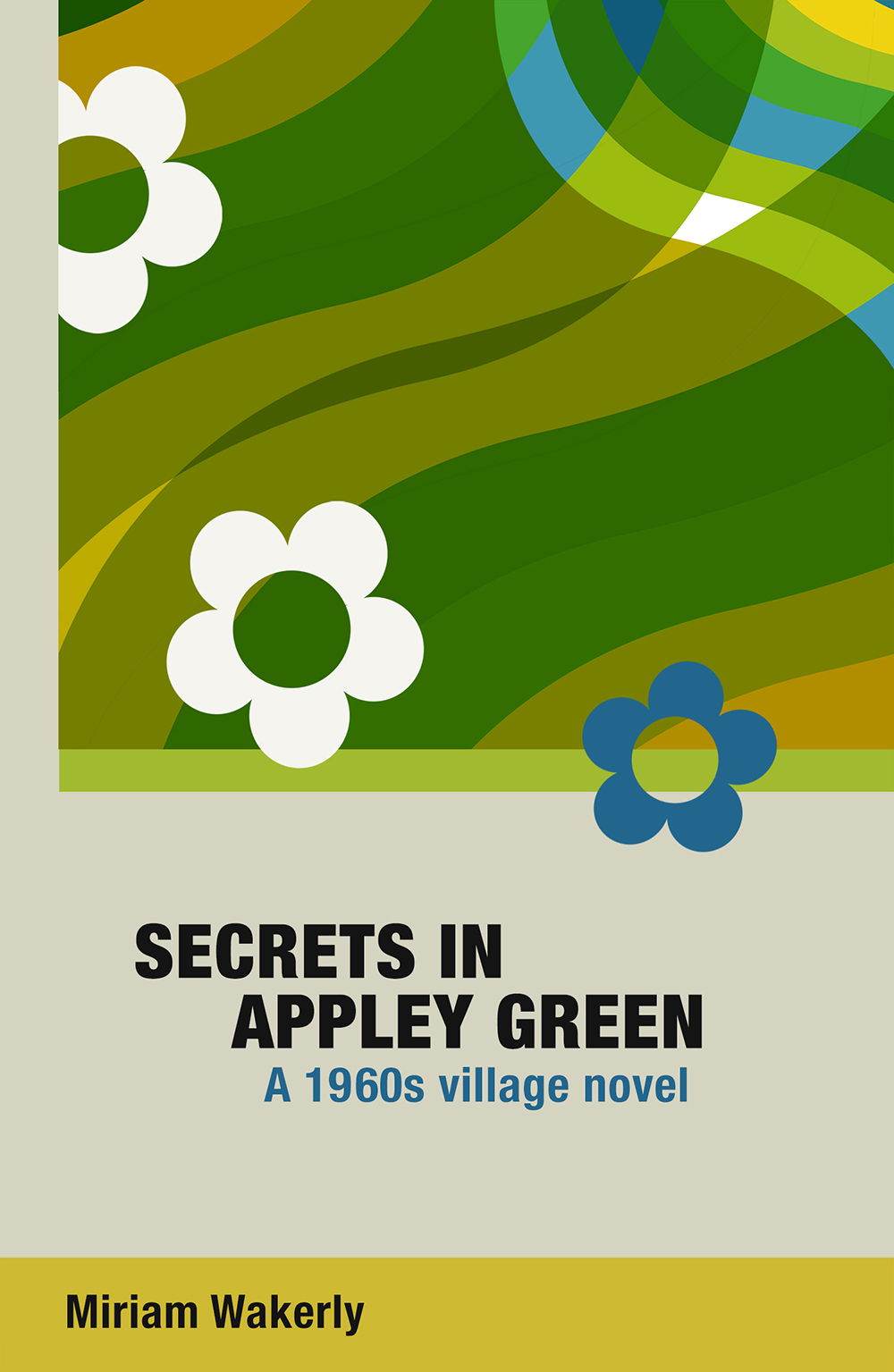 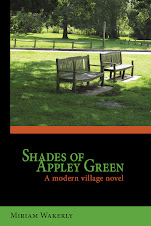